On how she got into this line of work

It’s funny because it basically happened by chance. I was moving back home to Sacramento after college, I had majored in history, and was in search of a job. I started working as an assistant at an education lobbying firm, and was really interested in the work the firm did. They focused on education advocacy and association management, which I had a passion for, and incorporated political elements – like legislation and lobbying – that I wanted to learn more about. Over time, I took on additional responsibilities and slowly started leading projects. I left that firm after four years knowing that this was the work I wanted to continue doing.

On what excites her about Children Now, and why she came back

I first joined Children Now in 2012, and was excited by the work the team was doing on the weighted student formula, which later became the Local Control Funding Formula, as well as the unique approach combining advocacy and communications. In my role, at that time, I focused on helping guide and implement our education policy agenda, which included Common Core, and assessment and accountability issues.

I left Children Now in 2016 for the California Department of Education (CDE), when I was appointed director of the Government Affairs Division by then State Superintendent of Public Instruction Tom Torlakson. I hadn’t been looking to make a move, but the opportunity to expand my experience was too good to pass up. I spent nearly three years working for CDE, overseeing all of the Department’s activities related to state and federal budget and legislation. I also got more deeply involved in budget work, which is something I am really interested in.

Late last year, I decided to come back to Children Now (you may be surprised to learn that I’m not the first former staff person to do so!) and take on an expanded role that includes both education and government affairs. I’m thrilled to be on the advocacy side again, and to have the opportunity to create and lead a cohesive government relations team.

On government relations: what it means, and why lobbying isn’t all bad

I like to think of government relations as more of an awareness campaign – in other words, we meet with members of the legislature and their staff to inform them about Children Now and the need to prioritize kids. Our goal is to secure their support on key children’s issues, and so much of the work is about developing relationships in the building.

Sometimes my work includes lobbying. Lobbying can often be perceived in a negative light, and I think that’s because it tends to be associated with big corporations and the 1% (how often do we hear about the lobbyists working for big oil or the NRA, for example). I’ve only ever worked for the state or non-profits, so my perspective is so different. I consider lobbying work as part of being an advocate – pushing for policies and investments that will benefit kids.

Of course, there is no such thing as a normal day, but here’s what I did today: I started the morning with a political update, checking on what’s happening in the Capitol, and reading the top new stories about education in California. Next, I reviewed the bills that we’re tracking (bills that Children Now is sponsoring and/or co-sponsoring, as well as ones we consider a high priority) to see if there were any amendments or hearing updates. Then I went to a budget hearing. Sometimes I make a statement on behalf of Children Now at these hearings, but today I just listened to dialogue. Later this afternoon, I’ll be heading to a couple of meetings with members of the Legislature, and then I’ll go back in the office where I can jump on calls with our Children Now project leads, and wrap up with a strategy session with Josefina, our senior associate in government relations.

My job involves a lot of moving pieces, and without strong communications and organizational skills, I would be lost. That said, I appreciate and enjoy the balance of it all – I get to focus on the big picture and help develop our strategy, but can also find myself getting deep into the weeds when it comes to policy details.

This is such an exciting time for us in California. We have an Administration and a Legislature that’s really engaged in early education and children’s health, and we have the opportunity to make really good, smart investments that can have an impact for years to come. This means that we have a real chance at improving the quality of our systems, and in turn, the lives of millions of California kids and their families.

On how she spends her time outside of work

Ms. Brown most recently was the Director of Government Affairs for the State Superintendent of Public Instruction and was the liaison with local, state, and federal elected officials and government agencies. In this role, she was responsible for developing, managing, and advancing the legislative and fiscal priorities for the SPI and the California Department of Education.

Prior to that, Ms. Brown served as Director of Education Policy at Children Now, and helped implement Children Now’s education policy agenda, including the organization’s work on school finance reform, Common Core, assessment and accountability issues, and early childhood readiness. She also worked as a senior legislative advocate at the California School Boards Association and served as their lead advocate on funding and finance. 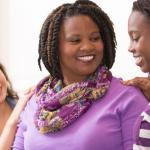 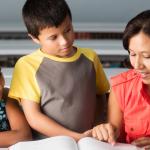