THIS IS IT! CENSUS COUNT ENDS NEXT WEEK: WEDNESDAY, SEPTEMBER 30

As we have shared previously, the Census Bureau updated their Census operations timeline, shortening the timeframe to return your completed 2020 Census form by one month. The Bureau needs to meet the December 31, 2020 deadline, required by law to share apportionment counts which are drawn from census data, unless Congress passes an extension to submit those counts.

However, last week, it was announced that U.S. District Court Judge Koh ordered the Census Bureau to halt “wind down” of operations until September 24. This decision was in response to a lawsuit brought on by the National Urban League which contends that the COVID-19 pandemic has created serious setbacks in the count that merit an extension of the timeline to get an accurate count. A bipartisan group of legislators have also introduced legislation to extend the Census deadline back to its original date of October 31. Despite these emerging efforts, for now, the Census count efforts will end on September 30 if Congress does not approve an extension or unless another ruling is made.

As of today, the response rate in the state of California is 68.5% – up 2.6% from four weeks ago. Did you know the top five states are reporting 98-99% completion rates? There is a wide variance in responses within California – the highest rate by city is reported from Piedmont with 89% and the lowest rates are in the teens in several rural and mountain communities. With far fewer on-the-ground resources, it’s essential to continue reaching out to our communities and continuing to remind them to complete the Census through the end of the month! The 2020 Census response could mean the difference of billions of dollars in resources for your community, in addition to the potential loss of Congressional representation if response numbers are low.

Here is a great new PSA you can use featuring actress Auli’i Cravalho, from Moana, sharing why it’s important to count everyone, including babies! 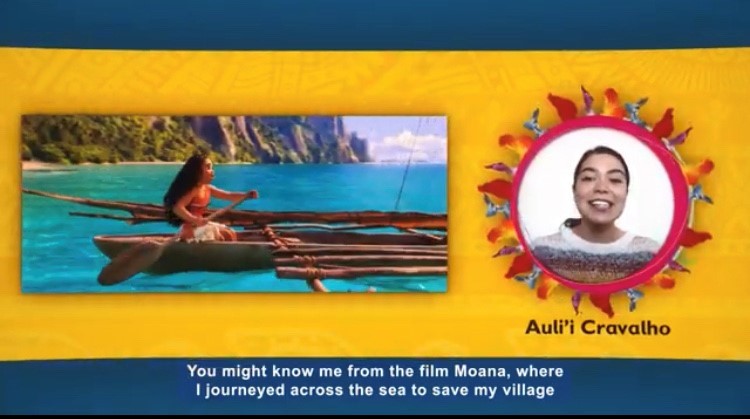 Children Now has created a comprehensive resource page that elevates content focused on grandparents, young children, and communities of color – it includes the myriad of toolkits created for the 2020 Census by organizations in California and around the country, as well as social media content and photos you can use in your efforts to reach diverse constituents in your community.