Welcome to the inaugural edition of the California STEM Network News!

This newsletter will share information about key issues and events affecting STEM education in California. It’s not meant to be an exhaustive chronicle of all-things STEM but rather a snapshot into those items that we think are important for you to know. The newsletter will also provide updates on the activities of the statewide and regional STEM networks across the state. We hope you find this newsletter informative and that you will share your thoughts and ideas about how we can make it a more useful to you about STEM teaching and learning.

The recently approved 2018-19 State Budget Act allocated just over $60 million for STEM education. This is less than the $200 million sought by the California STEM Network but represents a sizable initial investment in four important initiatives. Included among the funded programs is $25 million to support teacher residency programs in high-need subjects, including STEM, and $11.2 million in one-time funds to train elementary and preschool teachers in math education. In addition, computer science received a boost with $15 million for afterschool coding classes offered at After School Education & Safety Program sites and the California Community Colleges received $10 million for the STEM Pathways Grant Program, modeled on P-TECH to support STEM instruction in grades 9-14 that prepare students for STEM careers. All in all, not a bad budget but still short of what’s needed to ensure all kids have access to high-quality STEM teaching and learning.

Assembly Bill 2186, sponsored by the California STEM Network, is set for hearing in the Senate Appropriations Committee on August 6. This legislation would establish the Golden State Science, Technology, Engineering, and Mathematics Teacher Grant Program to incentivize the preparation of new STEM teachers. The program would provide $10,000 grants to each student enrolled in a professional preparation program leading to a preliminary teaching credential if the student commits to teaching in a STEM field in California for four years. Between 2012 and 2016, California saw a doubling, from 20 percent to 40 percent, of the number of math and science teachers entering the classroom without having met the requirements for a preliminary teaching credential. And, in 2016 the number of district vacancies for math and science teachers had increased by 30 percent over the 2015 vacancies.

On Tuesday, President Trump signed the Strengthening Career and Technical Education for the 21st Century Act. The legislation is a reauthorization of the Carl D. Perkins Career and Technical Education Act, a $1.2 billion program last overhauled by Congress in 2006. The new law allows states to set their own goals for career and technical education programs without the education secretary’s approval, requires them to make progress toward those goals, and makes other changes to federal CTE law. Business groups, the National Governors Association, and education groups like the Council of Chief State School Officers praised Congress’ quick work on CTE legislation. However, advocacy groups like Advance CTE and the Association for Career and Technical Education indicated that they believed the reauthorization was a mixed bag and worry that the legislation could lead to states setting “unambitious” goals for CTE and more paperwork for school leaders to deal with.

4. University of California Considers Adding a Third Year of Science for Admissions

The University of California is considering a proposal to increase its science requirement for admissions from two years to three. This change would align UC’s requirements to the Next Generation Science Standards. It would also make room for computer science, as it and other science courses that meet the state’s standards would align with the a-g science sequence. Most of UC’s applicants already take three years or more of science. However, the bigger concern is access to a-g courses for all students, not just UC applicants. In 2017, 14 percent of California’s high schools didn’t offer the full sequence of science courses needed for UC admission. In addition to limited access, there are significant disparities in science most pronounced by race and ethnicity. Only 41 percent of African American students completed the a–g science sequence, compared to 75 percent of Asian American students. While the California STEM Network recognizes the benefits of this policy shift, to be equitable it must be accompanied by additional investments to expand access to a-g courses for all students.

The California STEM Network partnered with the Children Now coordinated The Children’s Movement, a network of direct service, business, parent, and community-based groups coordination by Children Now, and the California Science Teachers Association to deliver to the State Board of Education a letter with the endorsements of more the 320 organizations supporting the inclusion of a placeholder for the California Science Test on the state’s accountability dashboard as a signal to district leaders and a strong statement from the state regarding the importance of science instruction and the need for districts to plan and invest accordingly. We are now working with the staff of the State Board and the California Department of Education to bring this issue back to the Board at a future meeting for action and a vote.

Congratulations to the East Bay STEM Network. In May it was selected as the newest regional STEM network in California to join this national community of practice. STEM Learning Ecosystems build strong collaborations in schools and beyond—in afterschool and summer programs, at home, with local business and industry partners, and in science centers, libraries and other places. Ecosystems strive to enable students to connect what they learn at home, in school and out of school with real-world opportunities. Additionally, the Ecosystems develop close ties with each other, so they can share ideas and lessons learned. East Bay joins Los Angeles, San Diego, Orange County, Ventura County, the Bay Area (South San Francisco) and Region 5 STEAM (Silicon Valley) as one of the 68 regional hubs of STEM education in the United States, Canada, Mexico and Kenya.

The College Board has invited Vincent Stewart, Executive Director of the California STEM Network, to join the Academic Assembly Council as an appointed member. The Academic Assembly Council analyzes emerging trends, opportunities, issues, and challenges facing students and professionals, and provides advice and recommendations for the College Board. Among other topics, the Academic Assembly addresses issues related to curriculum, assessment, the governance structure of schools, and sustained professional development. The College Board is a membership organization of more than 6,000 educational institutions that helps students prepare for a successful transition to college through programs and services in college readiness and college success — including the SAT and the Advanced Placement Program. The College Board also serves the education community through research and advocacy on behalf of students, educators, and schools.

Over the past few months, the California STEM Network made several presentations at key events and conferences and attended state and national gatherings of STEM leaders. In May, the Network presented on the “State of STEM” at the Ventura County STEM Summit and, in July, along with leaders from the Antelope Valley East Kern STEM Network, East Bay STEM Network and Region 5 STEAM, provided a feature discussion on how networks can advance a regional STEM agenda at the California School Boards Association STEM Leadership Institute. The Network was also invited by the White House to the State-Federal STEM Summit hosted by the Office of Science and Technology. This two-day event was an opportunity for representatives from each state, territory, and tribal communities to share their perspective and recommendations on how the Trump Administration could better support STEM instruction. Lastly, we testified before the State Assembly in support of our sponsored legislation, AB 2186, which is now under consideration in the State Senate. 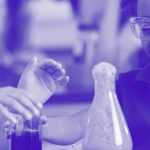