Mr. Cartalla manages the day-to-day human resources activities for the organization and partners with its staff to address employee relations matters, performance management and professional development, among other things.

As a graduate of Syracuse University in Syracuse, N.Y., Mr. Cartalla received both a B.S. in Managerial Law and Public Policy and a B.S. in Newspaper Journalism. He also earned a Certificate in Human Resources Studies from Cornell University and a Certificate in Training and Organizational Development from New York University. A resident of Oakland, Calif., Mr. Cartalla also coaches girls volleyball at a local volleyball club and high school and also previously served as a contract P.E. coach at an area charter school, working with students in kindergarten through 5th grade. 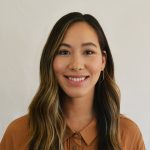